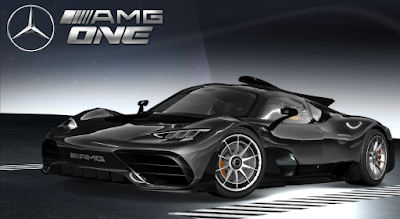 Model from Sketchfab by hashikemu
It's added, so it replaces nothing.

Features :
- Racing "widebody" and custom Evo spoiler
- The performance should be accurate (it's hard to find correct data for such a car)
- Self-made parts
- Accurate shaders.
- Interior made by me using rr3 parts
- Self-modeled 3d engine + some Project cars parts
- Car sounds closer to the IRL version 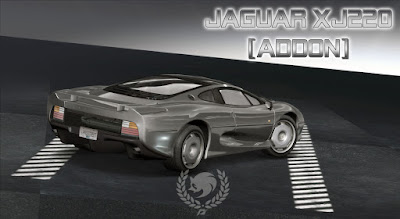 Car from RR3/Asphalt 8 Airborne
Replace : Nothing

Fix for cars crashing/not appearing : when installing the addon pack,
make sure to use the "Unlock game files for modding "function present in EdTCD.
Use it only once however, any addon should work perfectly after doing so. 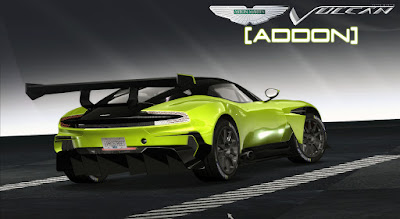 This car is converted from RR3 and FH4.
It's added, so it replaces nothing.

Fix for cars crashing/not appearing : whne installing the addon pack, make sure to use the "Unlock game files for modding "function present in EdTCD. Use it only once however, any addon should work perfectly after doing so.

Compatible with both JDM Packs (supposedly)

Fixes brought by this addon version:
- the car couldn't be painted , now it's possible !
- Same, it couldn't receive any vinyls, now it does too !
- Performance has been fixed aswell

Modes:
Grip : performs as it should, grippy and fast
Drift : should be a tiny bit difficult to drift that one
Drag : Just a speed-unlocked Zonda, be careful of wheelies
Speed Challenge : unreliable. 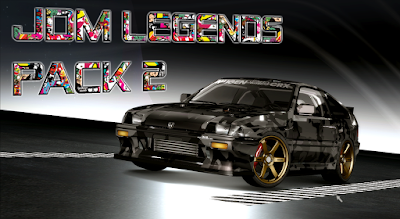 Cars are from various games from FM4 to FH3, NFS and some of them come from other less-known games.
They are added, which means : no cars replaced, and also no need to use a new savegame.
Spice up the game with these 15 new cars added !

Features :
- Acuurate performance and tuning.
- Anti-theft 3d models.
- Some kits are made by me, some textures aswell.
- Accurate shaders.
- Accurate prices and tiers.

Tuning options and restrictions:
- The Mazda 787B is the only RWD car that will bring you no points for drift (apart nitro and high speed)
- Most of the cars are added but are actually improvements of my previous replacement mods.
- Only one of this car is a FWD , if you're not a car guy, you'll find out soon which one it is !
- Also it's one of the few to have a custom tire texture.
- If one of the cars seems to have a locked top speed, just play with the gear ratios :D 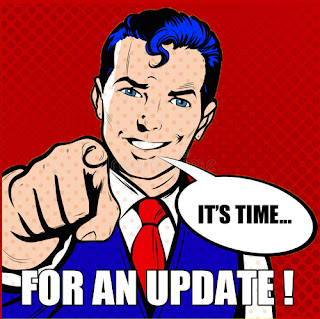 Yes, you saw it right.

First of all, I wish you a Happy New Year and all the best wishes that comes with it.

Spaking of mods, I have been silent for a long span of time, dealing with personal shit, friends and also taking some time and opportunities to think about for the future. Life goes fast, to think I started modding back in 2013... 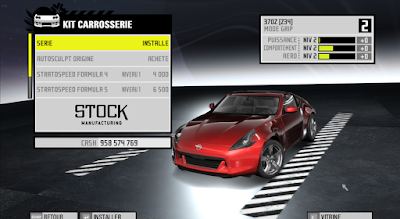 Yup, I still "worked" on these and not gonna lie, I still like modding those. The car above is from Neon, who ripped from NFS:UC and I took the base and added some kits from Shift, plus two or three other elements.

The car is basically the souped down version of the Nismo variant that appears in the 1st wave of the pack but it's still an addition.

Speaking of the pack, I'll tell you the rest more in detail, but to get to the strong words : change is about to happen.

Yup, I have one of them ready for a release, and it's different from the Reventon you saw in the announcement video. However I planned to transform it into an addon, the thing is that Undercover has it a bit complex when it comes to add the addon cars but I have found a great workaround for that. :D

So also form there you can expect more mods, aswell as mods for UG1 , and UG2, if not for other titles. Don't count on Carbon though...I probably won't even mod it ever again.

So far , I took this month too to make some changes and updates about the mod.

- SC300 has been added and received many updates to make it better than it's replacement counterpart. Also received some updates about the damage textures.

- Most of the Mazda's are also complete , so far no issues.

- The Mazda RX-7 Savanna from '86 has been replaced by it's variant from '90. More suitable, and also tunable in a way.

- The Chaser Tourer V also got some small updates here and there, so does the Mugen CRX.

- However one of the cars I like the most , needed some great changes, and is currently going under rework , it was a bit outdated from there. Bumpers and new hoods are on their way too. Prepare for something awesome :D
on October 23, 2019 3 comments:

What a month, wasn't it ? In fact there was a lot of changes , and some of what I either disliked , or didn't wanted to do , at least not now.


First of all , I was less active on internet and such because of the JDM Pack wave 2 , and it's still going strong , I somehow thought it needed a change.
Thanks to the release of Heat Studio aswell , I was able to redo the MX-5 ND I made back as a replacement , of course this means that some parts won't be seen in this version. 😐 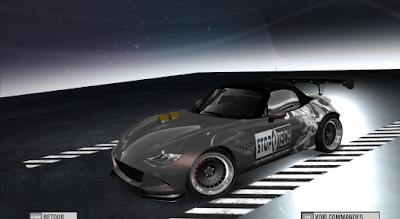 As you can see , using the model from Heat Studio greatly helped, as they are on the same level as Payback , but with less issues.


Speaking of the pack, many cars got changes and at least 9 of them are ready unless I decide to make some changes.

The current carlist is :

It might get updated aswell. I also took my hand at using Blender , still a confusing tool to me, but progress is progress.


And also , to speak of real life things , I was meant to do a internship in a company , which sells toys. As you know I always do what's required from me, but after like , 5 days , my body wasn't able to continue on that basis , and my doctor confirmed it.

My scoliosis being back (as it never left ) , I'm now forced to not held up things that weighs more than 7kgs and I'm no longer allowed to stand up more than 4 hours. ( In cases where I do intensive work , it's more than recommended ) , thus leading me to simply quit as the company wasn't willing enough to make some arrangemets for me.


So that's it , life kicks in , yet it's not as bad as I thought. Still searching for an internship aswell but this " experience " lead me to some interesting results.

If you see this mod uploaded anywhere than NFS-Mania, NFSCars, NFSMods,NFSAddons or on my blog, don't download it, it might have been reuploaded with viruses into it.

Customization:
Same as the Gallardo Spyder, minus the spoilers. No need to rice that one.
(on top of that, you can get the optional spoiler by using the Hero spoiler in the Aftermarket shop !) 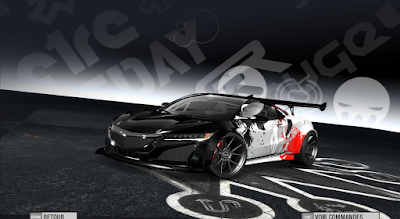 That's it , after months of work , it finally come true !
However not without it's issues. After receiving some feedback , I decided to work on a fix , which you can get now !

Features :
- Acuurate performance and tuning.
- Anti-theft 3d models.
- Some kits are made by me, some textures aswell.
- Accurate shaders.
- Stock rim paint (only the Civic Type'R 15 isn't concerned by that).
- Accurate prices and tiers.


It's a simple one this time. Or not.

So much things happened, actually got demoted of my moderator role on NFSCars.

Am I mad ?
- A bit considering Mike demoted us without even sending us a message, even though I know what was the problem.

Isn't it a loss of not being a moderator anymore ?
It's even a way for me to loose my grip as a moderator. Moderating, keeping people "together" while not going down on the quality of the mods you're doing isn't an easy task but I was already making it up. Like I used to in college, which I did succeed.

Will you leave NFSCars ?
- Of course not , I met many people there , it would be a waste to let all of that going down.

If Mike asks you to be a moderator again , what would you say ?
- Not much. I would certainly moderate again, but not after saying what I need to tell him, which would probably make me as a enemy, but at this point , things have to be said.

In short : yes but I would tell Mike how to correctly work with people.


What about the JDM Pack ?

- It became the JDM Legends ! Will be split into 2 waves though , it became a necessity to make it like a serious dev would make it. Acuurate.

- Fix for the rims, they appeared in a weird way, fixed normals + texture. Shoudl be good now
- Fix for the autosculpt widebody of that NSX , it was basically lacking
- Fix for the intercooler of the widebody , for some reason it wouldn't appear while it was indeed here.

On other news I released two car mods for Underground 2


So , as some of you might (or might not ) , I am currently working on a fully addon pack , called "JDM Pack" as of now , but I thought I might change it into " Legends " instead , considering the number of cars (mostly old ones) I planned to add.

So far the pack holds up 11 cars. I might release them by waves , as I'm working on them for quite a time, and I want to at least show people thet they can now enjoy new and freshly added cars , instead of replacing existing ones !

- the installation process is different of the current replacing method , but rest assured , I'll make it easy for you.

As of now the pack is coming well , as the first wave of the pack is almost ready to be released. I've been working for like... almost 3 months now !

Making addons wasn't quite an easy process, but I managed to understand it , and thanks to the Toolkit , no more tricky compiler ! Modding Prostreet has never been that fun :D


I slowly thought about releasing waves since I wouldn't want to get tons of problems by adding lots and lots of cars , especially if some of you doesn't want a certain car. I might even add a special edition on some waves , just to keep up the fun :D

So as you might have noticed , I didn't made any updates on the blog for a while...

Well , there are many reasons:

- first of all , let's say my eyes are a bit tired , so I take care of that before it really became somthing. I rather being cautious on that one

- second thing is that addons are now a thing for PS , though I ran into multiple issues before getting it right.

So now that I got it right , the good thing is that replacements are officially over , yet for UC I still gotta launch into it , not an easy task to say the least.

- Toolkit : it got updated, no more bugs, or at least a few. Gladly I was able to understand how it works, and it's indeed a huge progress over the current tools , I mainly think about MW2005 which didn't had any good tools for it , being difficult to handle when you're not used to it.

New things are coming , and especially a JDM pack for ProStreet , stay tuned for more ! :D 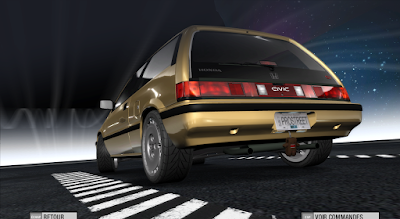 (small footage of a car which will be in the pack, with Domo-Kun saying hi)